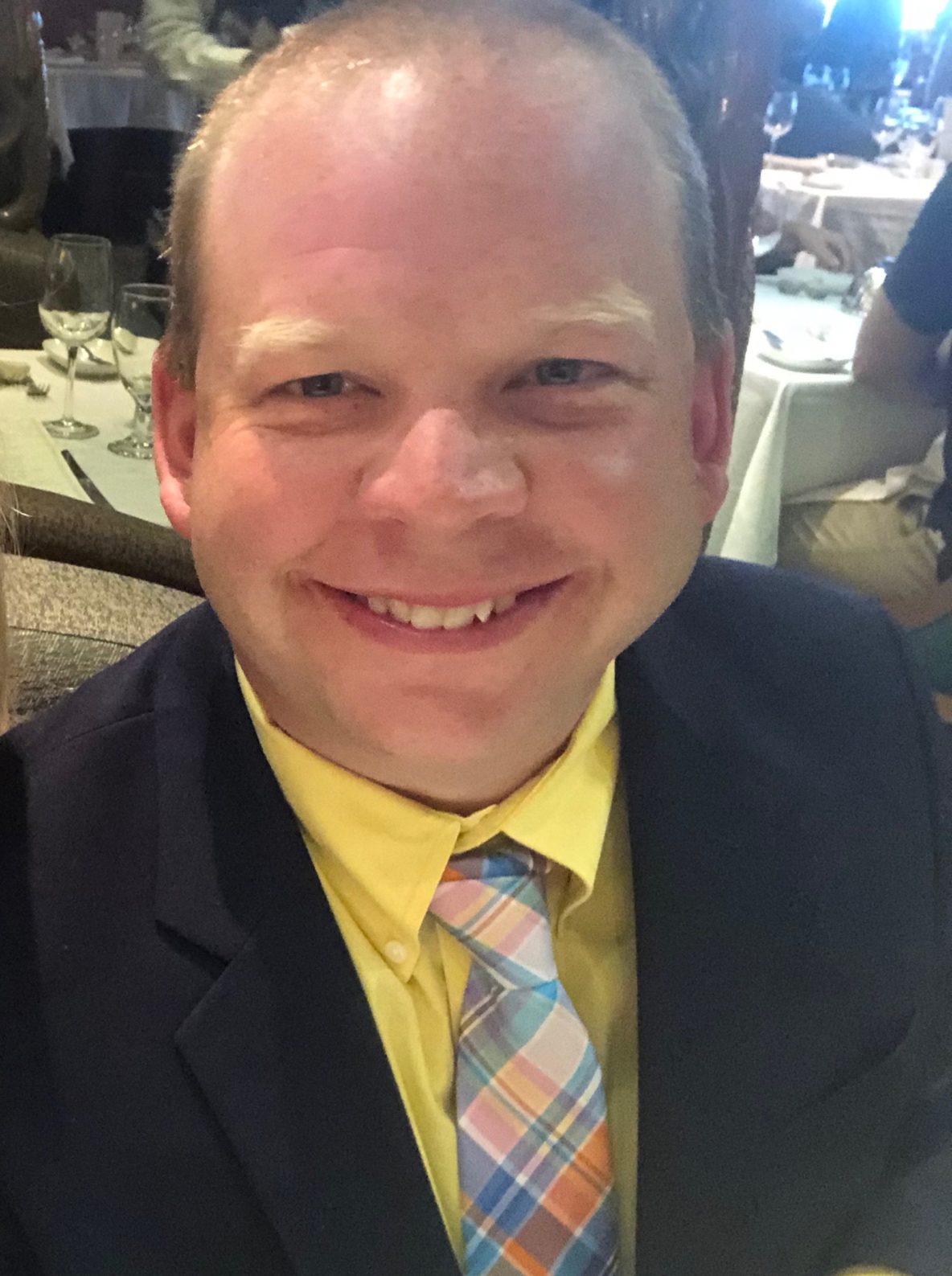 Welcome to the 9th edition of “Meet the Pro”. If you missed our previous articles, let us quickly explain what/why we do it. A goal of Go Golf U.S. is to build a personal connection in the game of golf again. We want to help players get to know the courses, golf shop staff, and Professionals. When we see familiar faces and can add a smile or hello, it makes a better experience for all. So, to gather content for these articles, I (Alan Liwush) put the Pro’s on the hot seat for an interview to find more about them to share with all of the Go Golf U.S. community members.

Off to The Beer Hall we go! Scott and I met up at a local brewery for an afternoon adult beverage and interview to gather some background knowledge for this “MTP”. The Beer Hall in Webster has a great relaxed setting and at the right time of day, it’s just quiet enough to have an in-depth conversation. Like many of the other interviews I’ve done, I thought I knew much of Scott’s past having hung out with him a good amount of time at WGC as the Go Golf U.S. Headquarters are there. But, I was wrong yet again. Read below for this edition of the Ball Busting and Jolly, Scott Bates.

Golf was always a part of Scott’s family growing up. His grandfather was the social director and worked part-time at Webster Golf Club. His grandparents took him to WGC often to play. It was during this time that his love of playing golf began. As is the case for most golf professionals, his love of playing the game drove him to turn into a Professional. Bates gave two reasons for his love for the golf business, “one, I could never make it sitting inside at a desk all day and two, each day presents different opportunities and tasks, it truly is never the same day twice.” It’s of no surprise that his start into a career in golf began at Webster Golf Club in 2005 as the First Assistant Pro. In 2008, he wanted to experience a private club, so he took the role as First Assistant Pro at Monroe Golf Club under Jim Mrva. With several years of experience as an Assistant Pro, Bates knew he was ready to take on more. In 2010, he left Monroe for a position at CenterPointe Golf Club as General Manager and Head Golf Professional. From CenterPointe, he went over to Mendon Golf Club for a year in 2013. Then in 2014, he made his way back to his roots at Webster Golf Club. He’s currently at WGC as the Head Golf Professional and Director of Junior Golf. 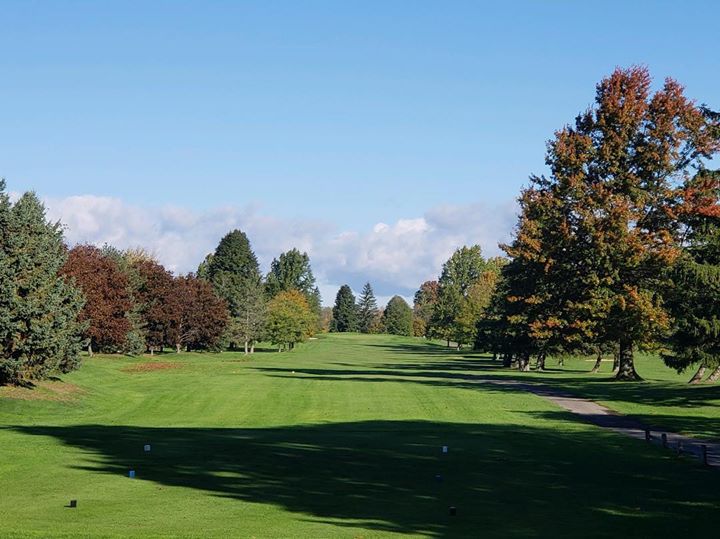 Always known for a joke and a knee slap, his answer to the first question of the interview of what a perfect day on the course looks like was, “a big money game starting at 8:00 am and beating up on my buddy, Scott Chambers.” 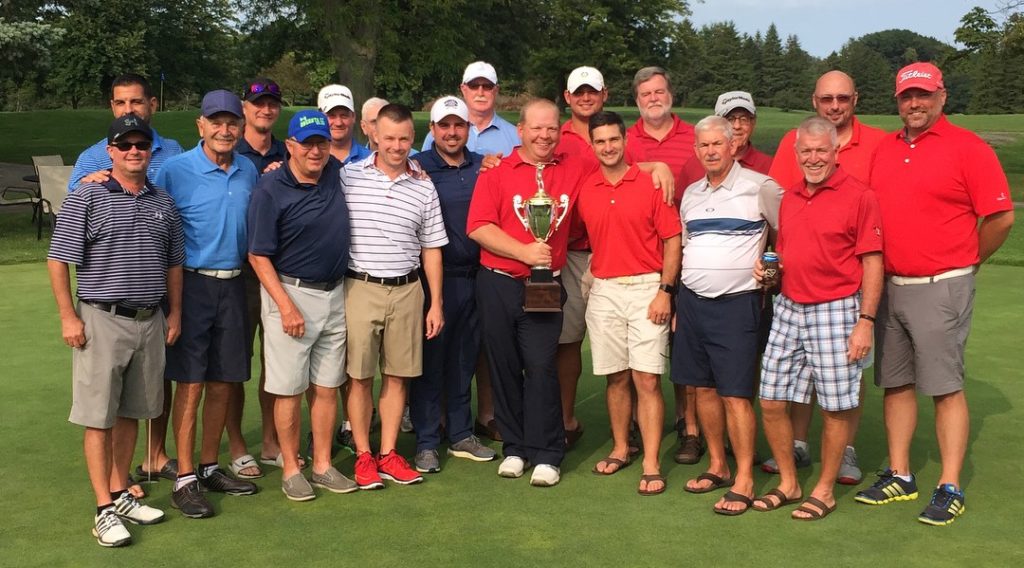 A: “Most common question is how do I gain distance. To get more distance, I tell golfers that in order to hit it further, you need to finish your backswing and rotate. To accomplish this, I tell students to feel like there left shoulder gets behind the ball on your backswing and to get your belt buckle to the target on the follow through.”

Al: I wish people were more concerned with keeping a lower dispersion. Staying in the middle and being more consistent should be sexier than hitting it further. Farther will not lead to lower scores.

Q: What’s one thing you would tell/teach every beginner level player to work on to set themselves up for long-term success playing golf?

A: “A solid set-up sets you up for success. You can’t swing the club correctly if you don’t start in the proper position.”

Al: I’ve heard this from multiple Pros and couldn’t agree more. The wording may be a little different, but the answer is always relative.

Q: While we’re on the topic of teaching, what are your rates, availability and what can someone expect from a lesson with you?

A: “Lessons are $45/half hour or series of 3 for $120. I teach most days of the week. I like to teach within the player’s limits and cater to each individual swing. I don’t teach one method as I believe there are many ways to achieve perfect impact.”

Al: ADVICE TO ALL! GO SEE YOUR LOCAL PGA PROFESSIONAL! Think hitting a million balls at the range is going to help you? Stop wasting money on new gear and go learn how to hit the ball correctly. It will be the best investment you ever make. There’s a reason why pro golfers have swing coaches…

A: “The biggest waste of time is hitting golf balls at the range without a purpose. I watch people at the range hit 100 balls in 10 minutes and get nothing out of it. In a half hour lesson with me the most balls you would hit would be 40-50. Practice with a purpose!”

Al: Please refer to my response to the last question…

Q: What’s your view on technology and golf?

A: “In regards to equipment, it’s wonderful! It has the potential to bring more people into the game. The new clubs are so much easier to hit I think it helps a lot for beginners.

Q: What are your thoughts on the new rules of golf?

A: The rules of golf can be very confusing, so I appreciate that the USGA is trying to make it “easier” for people to understand them. However, I think they have made some of the new rules too vague.

Al: I agree with Scott here. The word “intent” is used too much in the rules which doesn’t make it cut and dry and has room for variability in rulings.

Q: Tell us about your experience with the PGA Jr. League.

A:  “The Junior Golf League, in my opinion, is the best thing that I have seen for the development of younger players. Webster Golf Club had two 12-person teams in 2018. The kids are able to play courses that many of them would never have access to like Irondequoit, Monroe, Midvale, Ridgemont, and Penfield, to name a few. Players are able to get in a competitive setting at an early age, learn sportsmanship and proper golf etiquette.”

Al: In being around at Webster Golf Club a lot, I saw some of the gear the PGA Jr. League kids that were playing for Scott and Tom Maloney‘s teams. They get two jerseys, a hat, drawstring bag and more. I love the team atmosphere and the early use of a competitive setting in golf. I wish I had that as I still get nervous teeing it up on the first hole in President Cup matches at the club, like it actually means anything….

Q: Do you have a hole in one? If so, how many and describe as vividly as possible.

A: “I have 3 hole in ones. I got two when I was working at Monroe and one while on vacation in South Carolina. I tried to Give one to Scott Chambers. because he doesn’t have any…”

Al: 3 hole in ones gets Bates in a 2-way tie for 2nd place for most HIO’s of Pro’s interviewed, but Roeder of Ravenwood still has the crown.

Q: How far does your stock 7 iron go?

Al: This is the first time I asked this question but will make it one of the standards moving forward.

Q: What do you like to do outside of golf?

A: Watch the Buffalo Sabres and hang with my family (Kids Owen and Kylie and Wife Sarah).

Al: Tough year to be a Sabres fan. Gotta think top 5 pick this year though?

Q: What’s your favorite hole on your course and why?

A: “#16. It’s a driveable par 4 with water down the left. It’s fun to play and very scenic, especially when the leaves change color in the fall.

Al: Great golf hole. Not so “driveable” for me, but the long hitters can get there for sure. 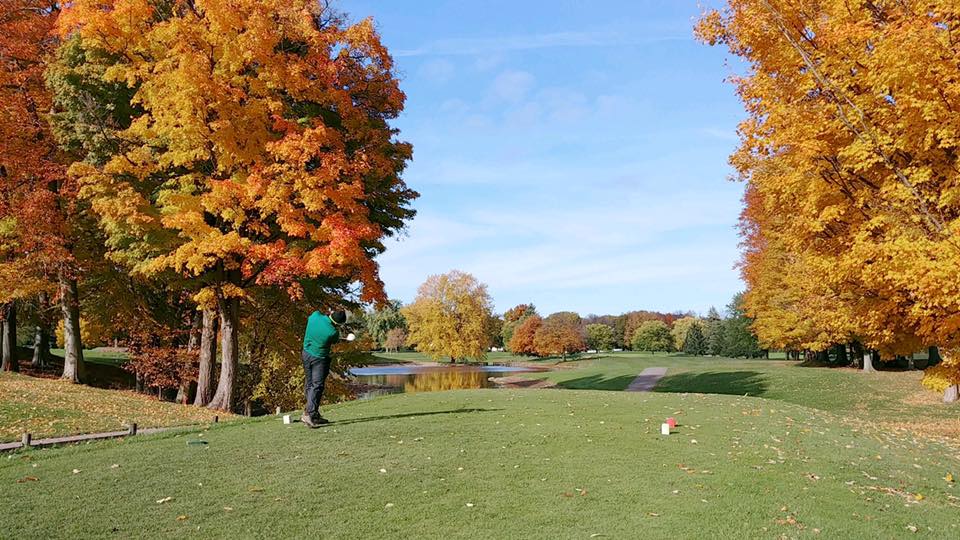 Q: What’s your least favorite hole on your course and why?

Al: I think 18 is one of the tougher holes on the course, behind 4 and 12 of course but if you hit it left, you’re dead. Hit it right, you’re dead. A demanding tee shot and touch, bunker guarded green.

Q: Are you on social media and where can people find you to contact about lessons?

About the Course and where to find online

The East Course was opened in 1959 and designed by architects James Harrison and Ferdinand Garbin. It’s a strong, traditional golf course that totals 7100 yards with each green being guarded by both sand and grass bunkers. The East Course has hosted many premiere tournaments including US Amateur qualifiers, US Open qualifiers, and more! The West Course was built in 1972 and opened in 1973. Although it’s 1000 yards shorter than our East Course, it presents many of its own challenges. The gently rolling design, blends nicely with strategically placed creeks, ponds, trees and out of bounds, making it a true test of skill for even the most seasoned golfer.

Membership rates at WGC for 2019 include access to both East and West courses plus use of the driving range. This is a 3-year deal, 1st year is a discount for walking membership at $500, year 2 and 3 is single walker is $1725 to a family riding at $3250. All rates are on the site at www.webstergolf.com

Be sure to stay tuned for next month’s edition as well as other blog posts. Thanks for reading!

Our Weekend at the PGA Championship at Bethpage Black